Vitrification remains the gold standard in egg and embryo freezing. Effective, safe, and state-of-the-art, it can yield results unsurpassed by any other method. But, in its standard or ‘manual’ form, because the outcome is directly influenced by the ability and experience of the embryologist, results can vary.

The Gavi® automated vitrification system overcomes this issue by standardising the vitrification procedure—minimising the handling common to the manual method and affording significantly greater control over variables such as warming/cooling rates and cryoprotectant concentrations. This means greatly improved consistency and reduced chance for human error. With Gavi®, vitrification happens the same way every time.

The Gavi® system features a robotic liquid handling unit that administers solutions with a level of precision hard to equal by hand. And, because the system is automated, it frees the embryologist to tend to other tasks whilst vitrification takes care of itself.

The pods that house the oocytes and embryos form an essential part of the system and claim certain advantages over the straws used in manual vitrification. Apart from doubling as cryostorage containers, they facilitate faster warming and cooling rates, reduce manual contact, eliminate cross-contamination, and protect the delicate organism from exposure to liquid nitrogen.

The Gavi® system has been shown to provide higher consistency in achieving superior results than manual methods—irrespective of the operating embryologist’s experience level. Moreover, and tellingly, it has been shown to markedly reduce variance in the results obtained from one embryologist to the next. Labs employing the Gavi® system are thus able to attain and surpass a post-thaw blastocyst survival rate of 95%—on a regular basis. 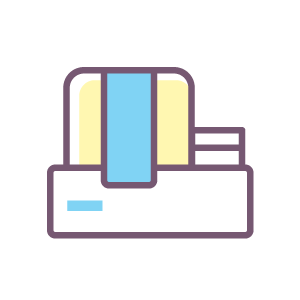