MESA and TESE are both surgical methods of collecting living, motile sperm when there is none present in ejaculate—an occurrence known as azoospermia.

In MESA, semen is extracted from the epididymis by light suction through a needle. This procedure is typically employed in cases of non-obstructive azoospermia, a condition in which no sperm is present in semen, due to an abnormality in the production of sperm.

In TESE, a small tissue sample is taken from the testis, from which sperm are extracted in the lab.  This procedure is typically employed when attempts through MESA were unsuccessful or in cases of obstructive azoospermia—a condition in which no sperm is present in semen, due to a mechanical issue with the delivery of sperm, despite normal production.

Both procedures are carried out under short-term general anaesthesia, on the day of egg retrieval or one day before, and last roughly one hour. The patient is discharged following a two to three hour recovery window. A portion of the sperm procured by either method is immediately used to fertilise the egg, via ICSI, whilst the remainder is frozen for use in the event of a future cycle.

The male is advised to abstain from eating, smoking, and drinking for 12 hours prior to either procedure. 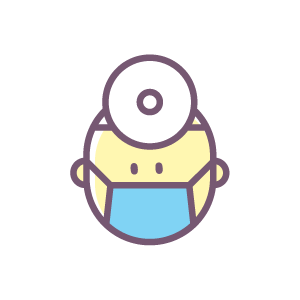