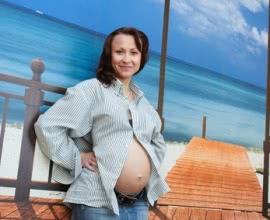 Every woman, not only Bridget Jones, would tell you that if you desperately need a man in your life, there's usually nobody around interested. On the other hand, as soon as you get the one you're happy with, there's a plenty of good-looking and financially stable samples out there who fight for your attention. Sadly (or fortunately?) this is the way the Universe works: as more desperately you try, as less you get. Some research show the same works for conception.

While the exact proved pathways between stress and infertility remain more or less a mystery in medical science, it's hard to ignore the fact that conception is usually successful only when the stress is minimized. There're other facts below that will prove you to better exclude stress and any kind of tension from your 'conception plan'.

1. Chronic stress may cause a lack of libido.

Obviously, if you don't have sex, you'll not have a baby.

2. If you're under stress, you might drink more or smoke in order to reduce it.

It's been proved drinking and smoking slowly, but surely affect one's ability to have a baby in a negative way.

3. It's all about hormones.

Our bodies, especially a woman's body, is involved in a constant monthly dance of hormones, for which ovulation is the biological grand finale. In stressful situations, hormones which 'help' conception are 'imprisoned', and those 'blocking' it are released.

4. It's a common fact women get pregnant while on vacation

Or when they, for example, finally had accepted the fact they'd never give birth and though adopted a child. That's to say, pregnancy comes when the pressure is taken off. It's also interesting that while vacation or simply being free of job duties affect women positively, for men it might work the other way round. Research showed that men who were unemployed, had lower semen quality than those who had jobs. Also, fertility specialists from Norway noticed that often couples who are placed on the waiting list for in vitro fertility treatment (IVF) or another procedure of assisted reproduction, successfully conceive while waiting their turn. 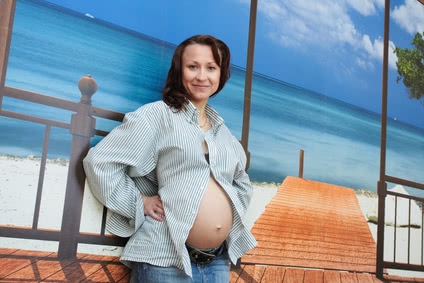 Women continue giving birth during wars, severe famines, and Holocaust. Which means our personal tragedies have more profound effect on our bodies than those happening in the world around us.

The latest research shows a half of infertile cases all over the world are attributed to men. Male fertility might be also affected by stress in a negative way. Those men having constant stress tend to produce sperm of lower quality and speed. In addition, psychologists believe there's a certain phenomenon related to the relationship inside of a couple. As long as giving birth is a declaration of love to your partner, when a woman is not sure he's that Mr. Right, there might be no success in conception as she... well, simply doesn't want this man to be a father of her child.

The so-called fight-or-flight effect is a psychological reaction that occurs in response to a harmful event that might happen in one's life. When something bad happens, we either fight for survival... or fly which means we run away or let it go. How is it connected to fertility? When our body is under stress, we're normally forced to fight for survival, and all our energy is directed towards it. There's no room for conception in this case. But once we chose to fly instead, everything can change...

8. Imagine you'll never have a baby.

Imagine the worst scenario. Yes, this is what you're basing your future happiness on... on the perspective to live your life next to your child. This is the scenario of the majority of people, and it's all fine. But what if it'll never happen? Not having a baby is not what you want, but it MIGHT be the outcome. Yes, you're doing every little thing to avoid it today, but in the end you'll probably have nothing to do, but surrender. Surrender now instead. Start today living the life that you'd have lived if there's no baby in it. Our past traumas, memories, believe, and thoughts about pregnancy and parenthood... Hey, is it really what you want to torture yourself with for your whole life? Isn't there any beauty in it without it whatsoever?

It's sad that we're not taught in high schools how to take care of ourselves and how to love ourselves, especially when we're in stressful life situations. Then we grow up and start comparing ourselves to others. Our friend has a child – and automatically she/he's right, and we're wrong in this life. But once we really think about it, we'll understand that life is not about competition, but about living it the way YOU'RE living it, not anybody else. Whether you have a kid or you don't, you're... right, because this is the way your life is, and this is the way you're. It often happens that a woman or a man are able to finally conceive when only they reevaluate their lives and find peace inside of them.

10. The sentence “Why does everybody, but me, gets pregnant so easily?” doesn't have foundation.

If getting pregnant was so easy, there wouldn't be fertility clinics and egg donation agencies. Everything takes its own time.

Not stressing out is not just a cure for infertility, it's actually a cure for everything.