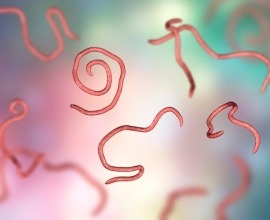 Craig is an English teacher and blogger that currently resides in Prague. Originally from Wales, he’s an avid traveler that loves to get involved with the rich culture surrounding him in central Europe.

Do worms cause infertility?

Parasitic worms (also known as helminths) are living organisms that feed and live off a living host. Some common helminths that a human can get infected by include:

The risk of parasitic infection is far greater in rural and developing regions due to the lack of sanitation.

Research shows that an estimated 1.5 billion people, or a staggering 24% of the world’s population, are infected with soil-transmitted helminth infections worldwide. [1]

HOW ARE THEY SPREAD?

Helminth eggs can contaminate food, water, air, feces, pets, animals, and objects such as toilet seats and door handles. The eggs can enter the body of a human through the mouth, the nose, or the anus. Once inside the body, helminth eggs usually lodge inside the intestine, hatch, grow, and multiply. They can also infest other body sites. [2] 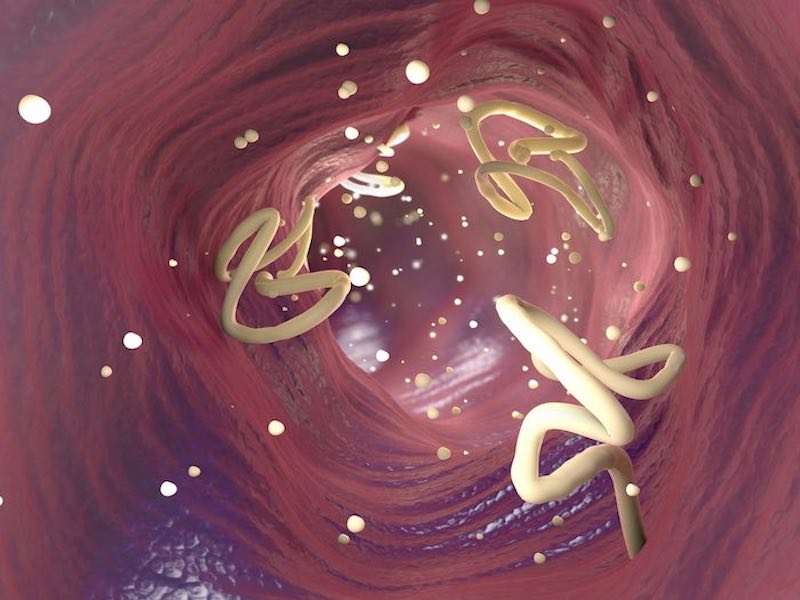 In a study led by Prof. Arron Blackwell, of the Department of Anthropology at the University of California, they found that infection with different species of helminths can either positively or negatively impact a woman’s fertility.

His team analyzed 9 years of longitudinal data including 986 women from Tsimane – an indigenous population of Iowland Bolivia.

The researchers assessed the number of pregnancies each woman had and the incidence of infection with two of the most common helminths – giant roundworm and hookworm – to determine whether there was a link.

The team found that women who were infected with roundworm were more likely to become pregnant, while those infected with hookworm had a lower chance of getting pregnant.

They also found that roundworm infection reduced the length of intervals between births over the course of the women’s reproductive lifetime, the results revealed, while hookworm infection increased birth intervals.

Surprisingly, in conclusion to this, research suggests that depending on the type of parasitic worm one may be infected by, it can either increase or decrease fertility. [3]

WHAT ARE THE SYMPTOMS?

Most of the time there aren’t any, but some symptoms may include:

Sometimes worms can be seen around the anus or underwear of an infected person about 2 to 3 hours after they’ve gone to bed.

Most of the time worms don’t cause any major problems, but in rare cases they can be infectious to the vagina and uterus, increasing the risk of infertility.

Some people may also experience a loss of appetite and a drop in body weight since worms keep the host's body from absorbing nutrients from food. [4]

HOW IS A WORM INFECTION TREATED?

Worms are usually treated with over-the-counter medicine that kills the parasite. One of the most common treatments being albendazole. In some cases, nothing needs to be done as worms can leave the body on their own.

If a doctor does find something, they can prescribe medicine like praziquantel or nitazoxanide. [4]

HOW TO PREVENT GETTING WORMS

To prevent getting infected with worms, it’s crucial that basic hygiene is followed. Ensure that hands are washed with soap and water before eating or handling food, and after going to the bathroom. [4]

[4] Worms: How To Tell If You Have Tapeworms or Pinworms (webmd.com)