Chelsea Steeb is a freelance writer, video editor and drama teacher who enjoys researching, communication and story telling in its many forms.

In vitro fertilization (IVF) and In vitro activation (IVA) are very different treatments, with one being a standardized procedure and the other more invasive and experimental. Stanford Medicine is currently investigating IV activation for patients with premature ovarian insufficiency (POI) or premature ovarian failure, for instance, but these are clinical trials and are obviously subject to error. An important outcome of these clinical trials would lie in the ability to identify candidates most suitable for IVA so that others, whom likely won’t even benefit, may avoid invasive surgery.

What does IVA involve?

Back in 2013, a team of American and Japanese researchers reported exciting results and even a live birth of a baby using IVA. Despite being a small-scale study including only 13 patients, it at least unveiled the potential of this kind of treatment since the trial stimulated 5 of the patients to produce their own viable embryos.[2]

Now, getting back to those Stanford clinical trials and the hard details of what makes IVA so invasive. Firstly, participants may either undergo partial tissue removal or have an ovary fully removed. They culture a portion of the organ with drugs that can activate dormant follicles and then, after two days, graft the section of ovary back in. Some of the ovarian cortex treated in this procedure can even be cryopreserved for secondary surgery in the future.[3] 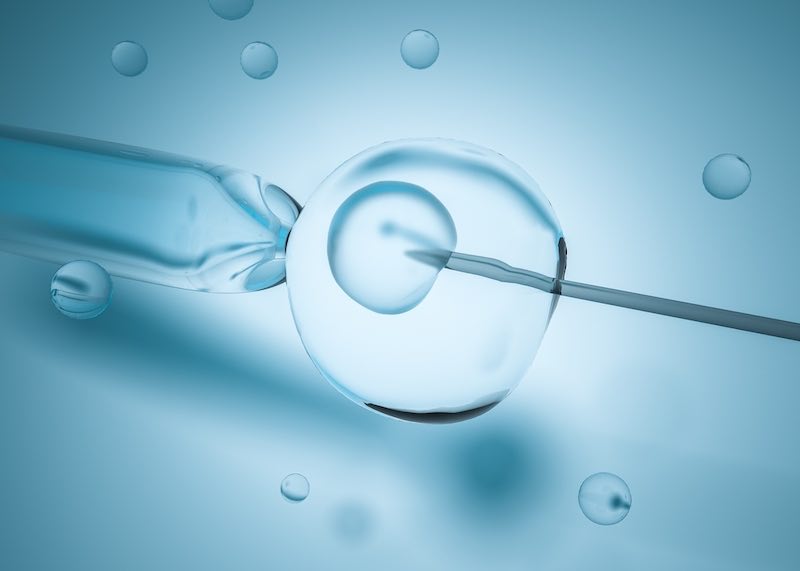 What does IVA have in common with IVF?

Like in vitro fertilization, IVA treatment requires stimulating drugs to grow follicles and develop eggs for extraction. In fact, IVA treatment generally includes subsequent IVF treatment. After the graft implantation surgery, the patient is monitored for 10-12 months and, with any detection of follicle growth, additional stimulating hormones accelerate the growing follicles. Oocytes would then be extracted, fertilized, cultured and possibly cryopreserved.[4]

It is often said that premature ovarian failure has no effective treatment using one’s own eggs but perhaps this will soon change, especially since newer research into drug-free invitro activation may reveal that pregnancy could become achievable even with a less invasive procedure. Only time will tell as that research continues, however.

How can IVF still help if I have premature ovarian failure?

While eligibility to attempt certain IVF treatments will ultimately be dependent on the observation and guidance of your ivf doctor, here are some of the possible choices you may have:

For those struggling to conceive, know that ovulatory dysfunction has been found to be the cause in nearly twenty percent of patients.[6] So, you are not alone. Act quickly if you notice you are no longer having regular menstrual cycles.

[2] Homer, Hayden. “New Fertility Treatment Brings Hope, but Not for All.” The Conversation, The Conversation Trust (UK) Limited, 11 Oct. 2013, theconversation.com/new-fertility-treatment-brings-hope-but-not-for-all-18961.