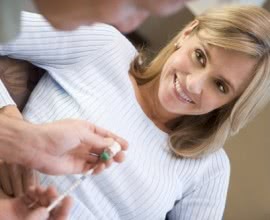 The Process of Egg Donation

The procedure of egg donation is often overlooked, and learning about it can increase our understanding of and admiration for donors.

It is easy to overlook the altruism underlying the egg donation procedure. Here in the Czech Republic egg donors are not compensated financially by law, compared to both the UK and the US in which they are. Whilst it may seem that a donors motivation may be the financial reward, the rigorous process which they must go through would suggest this would only be a minor aspect. Whilst the process for sperm donations is fairly straightforward for men, the egg donation process is somewhat more complicated for women than an empty room, a small pot and a magazine.

Invasive, time-consuming, uncomfortable, and inconvenient are a few of the words that frequently arise when hearing from past egg donors. Despite this, thankfully the side-effects are very rarely dangerous, and involve more short-term physical symptoms. Whilst the process does vary from country to country, there are five phases of the egg donation procedure that are widely recognised within most practices.

To qualify to be an egg donor in the Czech Republic you must be a citizen of the country, and have a full 12 year education.

During the initial screening, the doctor takes a blood sample, usually on the third day of the menstrual cycle for hormone tests. If the tests are approved, the donor will then be subject to a psychological examination, which takes between 3-4 hours.

Having passed the hormone and psychological tests, the donor will then be ready to undergo the medical screening to rule out infectious diseases such as HIV and hepatitis B and C. Here there is also a genetic examination to screen for cystic fibrosis and other inherited disorders related to haemoglobin.

Once the donor has passed all the required medical tests, they must finalise the contractual settlement with the clinic. 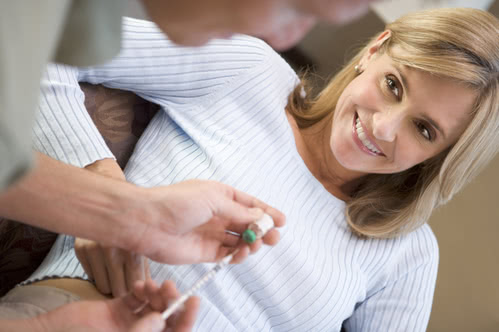 To begin the process of synchronisation and stimulation, the doctor will create a medication calendar to organise the donors medication intake over the coming months. This often start with the donor taking birth control pills to align their cycle with that of the carriers. The donor will be taught how to give themselves daily injections of Lupron, a hormone stimulating medication, which must do every day for two to three weeks. This will shut down their ovulation, putting them in a short-term menopausal condition. During this stage some of the physical side effects may manifest, such as mild headaches, hot flashes, or a sense of fatigue. Due to hormones reacting slightly different with each person, the donor may receive all or none of these symptoms, in varying intensities.

After injecting the Lupron, they will begin a series of injections using gonadotropin hormones such as Follistim, Gonal-F, Repronex or Menopur. Again, mild side effects are often experienced during this time, such as allergic sensitivity, breast tenderness, abdominal bloating, headaches and mood swings.

Whilst on medications the donor will regularly have to report to the surgery for monitoring, meaning their time schedules must be flexible.

When the eggs have matured, the donor will return to the doctor for the egg retrieval. The procedure usually takes about 20-30 minutes and requires about one to two hours of postoperative recovery. The egg retrieval is performed vaginally, and the eggs are removed with an ultrasound guided needle. During the procedure, the donor will be under general anaesthesia. Often they will experience some spotting and cramping following the procedure. They are advised to bring a companion to transport them to and from the surgery, and remain rested for 1-2 days after.