Types of Surrogacy – Traditional vs. Gestational

Surrogacy is a type of assisted reproduction where a woman carries and delivers an infant for another couple or person.[1] People who seek surrogacy are ones who want to start a family but are unable to conceive, and they are known as the “intended parents”.[2]

Known as the oldest type of surrogacy, traditional surrogacy involves the surrogate using her own egg to be artificially inseminated with sperm from the intended father or donor.[3] Due to the surrogate’s genetic link with the child, this type of surrogacy is also known as partial or genetic surrogacy.[4] Individuals or couples who seek traditional surrogacy, despite its possible legal and emotional implications, include single males, same-sex male couples and women who are unable to produce healthy eggs.[5] 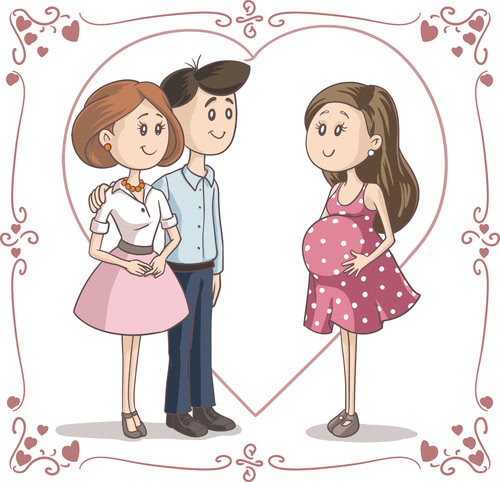 The benefits of gestational surrogacy is that it allows individuals and couples from the LGBT community to start families and it allows the intended parent or parents to establish a genetic link with the baby.[13] It is also legally less complex as the surrogate is not related to the baby.[14] The drawbacks of gestational surrogacy however, is that it is financially taxing on the intended parents and the intended mother would have to undergo medical procedures to harvest her eggs so that they can be transferred to the surrogate.[15]

In conclusion, both traditional and gestational surrogacy have its pros and cons and what the intended parent(s) decide on is dependent on surrogacy laws in their country or state along with their individual situation. However, it can be argued that gestational surrogacy is emotionally and legally less complicated as the surrogate has no biological link or relationship to the child.

[3] ‘About Surrogacy – What is Traditional Surrogacy?’, in surrogate.com, viewed on January 19, 2019, https://surrogate.com/about-surrogacy/types-of-surrogacy/what-is-traditi...

[10] ‘About Surrogacy – What is Gestational Surrogacy?’, in surrogate.com, viewed on January 20, 2019, https://surrogate.com/about-surrogacy/types-of-surrogacy/what-is-gestati...

[11] ‘About Surrogacy – What is Gestational Surrogacy?’, in surrogate.com, viewed on January 20, 2019, https://surrogate.com/about-surrogacy/types-of-surrogacy/what-is-gestati...