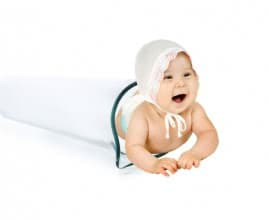 IVF stands for In Vitro Fertilization. The name derives from the Latin "in glass" aka "in glass fertilization", which is what IVF is - a medical procedure where a woman's egg is fertilized by a man's sperm outside of the uterus in a laboratory, usually on an IVF petri dish.[1]

Normally, eggs are fertilized inside a woman's body by a man's sperm in a process called natural or unassisted conception. IVF on the other hand, is a form of Assisted Reproductive Technology (ART), meaning that the specialized medical techniques are involved to help a woman achieve pregnancy status.[2] IVF is considered to be the go-to-option when other more lucrative fertility treatments have been unsuccessful.

The concept of IVF was the brainchild of English physiologist, Sir Robert Geoffrey Edwards, who is considered a pioneer in reproductive medicine.[3] He, along with British obstetrician and gynecologist, Patrick Christopher Steptoe, successfully saw their concept of IVF come into fruition in July 25, 1978 with the successful birth of the world's first ever "test tube baby", Louise Joy Brown.[4] For his achievements in fertility medicine, Sir Robert Edwards was awarded the Nobel Peace Prize in Physiology or Medicine in 2010 "for the development of in vitro fertilization."[5] 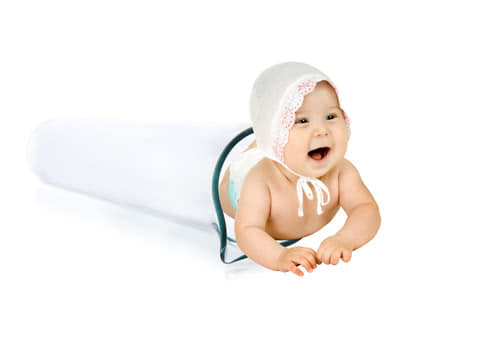 Women undergo a procedure called follicular aspiration, which is a small minor surgery to remove the eggs from the ovaries. Usually done in the doctor's office, the procedure involves inserting a thin needle through the vagina and into the ovary and sacs where the eggs are contained. The needle which is attached to a suction device, slowly pulls the eggs and fluids out one at a time.[8]

This procedure is done to both ovaries and doctors will use ultrasound images to guide them. Some cramping is to be expected post-surgery but the symptoms normally dissipate within twenty-four hours.[9]

The best quality eggs from the woman are used and mixed together with a man's sperm in a process called insemination. The egg and sperm are then stored in an environmentally controlled chamber where the sperm will naturally fertilize the egg within a few hours of insemination.[10]

When doctors predict that chances of fertilization are low, a procedure called Intracytoplasmic Sperm Injection (ICSI) is performed on the harvested eggs, which is injecting the sperm directly into the eggs.[11] 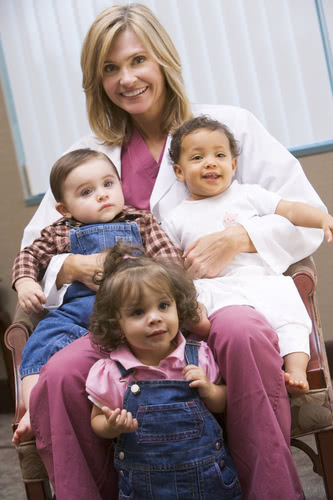 The fertilized eggs become an embryo when it splits into two, and this embryo will be carefully monitored by laboratory staff to ensure that it is growing correctly. Usually, within 5 days, a normal embryo has several dividing cells.[12]

Embryos are normally transferred back into a woman's body three to five days after the process of egg retrieval and fertilization. The procedure is conducted in the doctor's office where the doctor will insert a thin catheter with the embryos into the woman's vagina through the cervix and up into the womb. The procedure is considered successful if the embryo implants into the lining of the womb.[13]

[2] 'In Vitro Fertilization (IVF)' in Medline Plus - Trusted Health Information For You, modified on November 3rd, 2014 by MD. Susan Storck, reviewed by MD. David Zieve and the A.D.A.M Editorial Team, viewed on November 10th, 2015, https://www.nlm.nih.gov/medlineplus/ency/article/007279.htm

[8] 'In Vitro Fertilization (IVF)' in Medline Plus - Trusted Health Information For You, modified on November 3rd, 2014 by MD. Susan Storck, reviewed by MD. David Zieve and the A.D.A.M Editorial Team, viewed on November 10th, 2015, https://www.nlm.nih.gov/medlineplus/ency/article/007279.htm