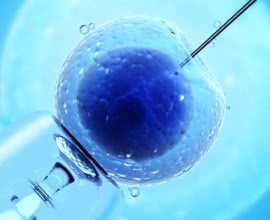 The Yin and Yang of ART

The origins of assisted reproductive technology (ART) are firmly rooted in Western medicine. From the first reported case of human artificial insemination, by Scottish surgeon John Hunter, in 1790, to more recent episodes, such as a 65 year-old woman giving birth and the first test tube baby being born in 1978, in England, ART has been the product of stringent testing and effectiveness protocols, in accordance with the standards of the Occidental tradition.

But Western medicine is not fail proof, nor can it address every ailment and concern. And as such, people have sought out ways they might supplement conventional ART methods, to further improve their chances of pregnancy. One such means some have turned to has been traditional Chinese medicine—namely, herbal treatment and acupuncture.

Whereas IVF seeks to increase the quantity of eggs, Chinese medicine is aimed at influencing their quality, through nourishment and stimulation, as well as increasing sperm motility and count.

In one study (published in Sterility and Fertility, April 2002), German and Chinese researchers found that that acupuncture, applied in concert with IVF and ICSI treatment, yielded a 42.5 percent (34 out of 80 women) clinical pregnancy rate, as opposed to one of 26.3 percent (21 out of 80 women), with IVF and ICSI alone. This led researchers to conclude “that acupuncture therapy improves pregnancy rate.” Moreover, clinical observations have suggested that, if Chinese herbal medicine is added to this mix, the rate can rise to as high as 60 percent.

The application of herbs, in the oriental tradition, is said to support function of the corpus luteum and to elevate progesterone levels, which, in turn, will thicken and improve overall quality of the uterine wall. However, it is wise to first consult a physician, before joining herbs with standard ART medications, so as to avoid any potential negative side effects that might arise, in combining the two. 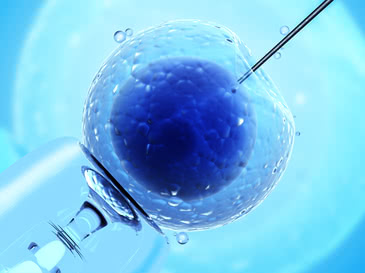 For couples travelling to Prague, for reproductive assistance, there are a number of facilities offering services in traditional Chinese medicine. Alternatively, a couple may seek out such a one, in their own locality, before going abroad. In either case, it is best to consult one’s physician, for a referral and, indeed, to learn his or her opinion, on the role of Oriental medicine in reproductive assistance, before proceeding.

Although traditional Chinese medicine has not, typically, been subject to the rigorous standards found in the Western tradition, and although its efficacy has been demonstrated, only in a limited number of studies, it has, nevertheless, garnered support among a number of medical professionals and patients, alike. For the couple looking to boost their odds of success, by exhausting every avenue, it just might be a way to go. It could mean pregnancy, sooner rather than later, and that means money saved that would have otherwise gone toward future IVF costs.  And that is good news, all around.