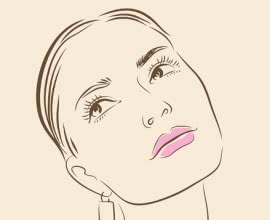 Our Skin and Our Profession

From the day we're born, our skin starts getting older. This process in affected not only by the time passing by itself, but also by various outside factors. One of those factors is our occupation. That's why don't be surprised when a cosmetologist asks you what you do for a living. A good cosmetologist should ask as it would help them to identity where our wrinkles and other skin problems come from.

Not every occupation is harmful to our skin, however ther're those which are more risky as they evoke various skin problems which – subsequently – leads to early wrinkling. Our occupation can affect our skin too much that when we switch careers, we need to sometimes also completely change our skin care rituals.

Hard to believe, but water is a hidden enemy of our skin. Frequent handwashing is a mandatory requirement in many industries, such as food industry, healthcare, beauty industry, and cleaning. Hand washing on a very frequent basis exposes workers to a very high concentration of water as well as soap and detergents. Both elements can play role in developing skin rash assosiated with dermatitis. Up to 70 per cent of hairdressers suffer from work-related skin damage at some point during their career!

Another example of skin damage is found in repair industry (for example, motor vehicle repair) where extensive use of irritant ingredients is common such as oils, lubricants, metal cleaners, solvents and paints. The use of hair dyes in hairdressing or use of latex gloves in dentistry are further examples of chronic exposure to irritant triggers. 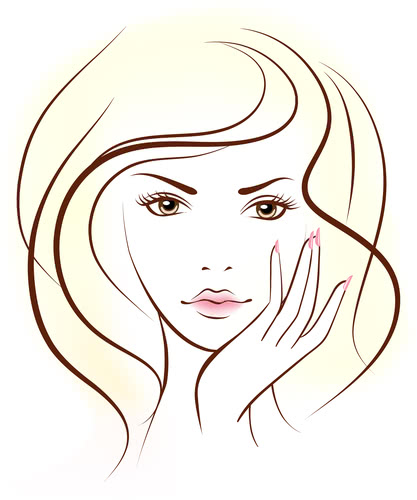 Chefs and other professionals that are consistently exposed to heat are at higher risk for hyperpigmentation, a condition in which patches of skin appear darker in color compare to the normal surrounding skin. Also, heat might evoke heat rash which appears as reddened skin with tiny blisters.

Have you ever seen a happy cashier with shining healthy skin serving you in the supermarket?

Me probably only couple of times here in Prague. Of course, it's not only because their skin is affected by what they do, but also because of the overall stress which this kind of occupation causes. Cashiers, teachers, nurses often work long hours, and deal with multitute of complaning people that is exhausting, and it shows up in their complexion pretty quickly. It's known that the exhaustion coming particularly from stressfull repetitive communication, induces acne, pimples, and dark circles under the eyes.

There's a “fat body” in our cheeks which is “responsible” for our younger look. We all know this irresistible temptation to stroke a child's cheek as their cheeks are so full and cute! This cute “fat body” is what we lose as we age... One of the reasons why we lose it is gravitation. Our face can't resist the force of gravity, and the lower part of our face start sagging. This process accelerates in conditions of certain occupations such as, for example, accountant, masseur, manicurist, and hairdresser whose faces are in an inclined position most of the working time, so gravity can work in its full force.

It's widely known that TV presenters, actors, and other professionals who have to use professional make up very often, are tend to have wrinkles earlier than those who don't.

We all have seen those actors (or promoters) in the streets who work as costumed characters. Most of those contumes cover the performer's face completely. What we don't probably know is that a day spent in that foam costume leads to the severe expansion of skin pores. At the end of the day a performer's face might look like a sponge...

An interesting fact is that most cases of skin damage are absolutely preventable! For example, a dentist can replace their harmful latex gloves with those non-latex; a nurse should not cut back on her morning skin moisturising no matter she'd had a long night shift; cashiers should incorporate anti-acne treatments in their daily routine...When it's too late for prevention or that's just the right time for more radical care, then facelift, necklift, blepharoplasty and other procedures of cosmetic and plastic surgery are here at our disposal.