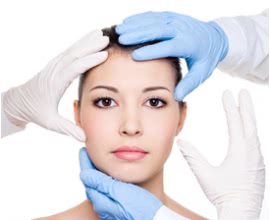 is a nutrition specialist, a sports instructor and founder of The Anabolic Way. He has lived in 5 countries, speaks 5 languages and is a skilled negotiator due to his diplomatic background. His primary interests, however, are cellular and functional biology, astronomy, sports science, arts, history, architecture and green and sustainable urban design. Helping other people achieve their genetic potential is what really drives him.

Why is plastic surgery still a taboo?

For thousands of years, reconstructive surgery has helped countless individuals improve their lives after a particularly bloody battle. The oldest medical texts date back to the times of ancient Rome, Greece and even ancient Egypt. Today, plastic surgery is more known for its cosmetic or aesthetic implications, rather than its older form of reconstructive surgery.

Both historically and scientifically speaking, the two fields are interlinked, as we would not have cosmetic surgery advancements of today, without the broad experience of reconstructive surgery of the past.

Unlike in ancient times, today men and women alike are bombarded by more information and by a wider range of methods. From a young age, we compare ourselves to perfectly-sculpted bodies and faces of poster boys and models, which in turn drown our self-image and confidence. Our perception of beauty is continuously altered by both the advertisement industry and mass media. The perfect shape is set and dictated by huge industries, creating new cultural norms. In order for our minds to feel comfortable and confident, we strive to fit in. Even though many believe in the saying “don’t judge a book by its cover”, we still understand that in the modern, competitive world, we must look our best in order to achieve our goals. Cosmetic plastic surgery helps us achieve that objective.

Even though cosmetic plastic surgery is common and brings certain positive psychological benefits, why is it still considered taboo? One explanation would be we all want to be viewed as naturally beautiful. We also might be afraid of false judgment by others, who believe we put too much emphasis on the looks rather than the substance of the character. Getting a tattoo used to be a taboo subject just a generation ago, but everyone seems to be getting one now, without being secretive about it. Both procedures are intimate and private, so why do we have no problem showing off our tattoos but are secretive when it comes to our cosmetic enhancements? 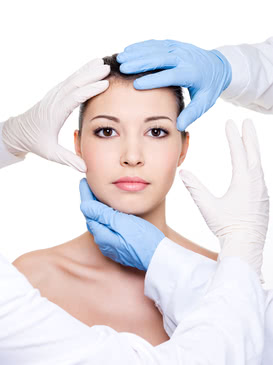 The answer might lie in the generation gap and how open are the celebrities about these procedures. Just as with tattoos, once it became the norm for pop idols to get inked, it has now become the norm for our role models to talk openly about their most recent cosmetic surgeries. This explains why the younger generation is more open about their procedures than the older one, who still views this topic as taboo.

As with any industry, there have been many advances in science and technology in the field of plastic surgery. A generation ago, the procedures had much higher rates of unfavorable results, creating an atmosphere of doubt. John Carpenter best describes the view of cosmetic surgery back then in his cult movie “Escape from L.A.”, where in a dystopian city of Los Angeles - once home to Hollywood - a rogue surgeon has formed an underground society of grotesquely disfigured creations, in his attempts to create a more beautiful human being. Fortunately, this view has since changed dramatically, and we now treat plastic surgery with more factual trust and scientific understanding.

As the number of people who have gone under the knife increases, the amount of word-of-mouth recommendations also grows exponentially. Coupled with the general public’s newly fortified opinion, it is inevitable that once the generation gap closes, plastic surgery will become a more common procedure, without any stigma being attached.