Chelsea Steeb is a freelance writer, video editor and drama teacher who enjoys researching, communication and story telling in its many forms.

Sperm. They vary so much in look, speed, endurance and size that it may make you wonder, are these little buddies sperm or tiny little magical cells with fantastical abilities? They have adapted along with sexual behavior and come by the millions; pun intended. They are the only cells from the human body that, metaphorically speaking, abandon ship and swim out into an abyss.[1] Perhaps even the people who study the sperm might deserve a story of their own (search up Scott Pitnick) but this text is about the unique biology of the wild and strange—the sperm.

They arrive two-headed, triple-tailed, oversized and undersized, strangely peculiar and downright bizarre, but the oddities never make it. Every single one of us comes from the 4% of so-called normal sperm that reach the egg.[2] We did it, y’all! We did it! This is because a majority of sperm produced by the human body come with some morphological disadvantage and die off in the journey to fertilize. 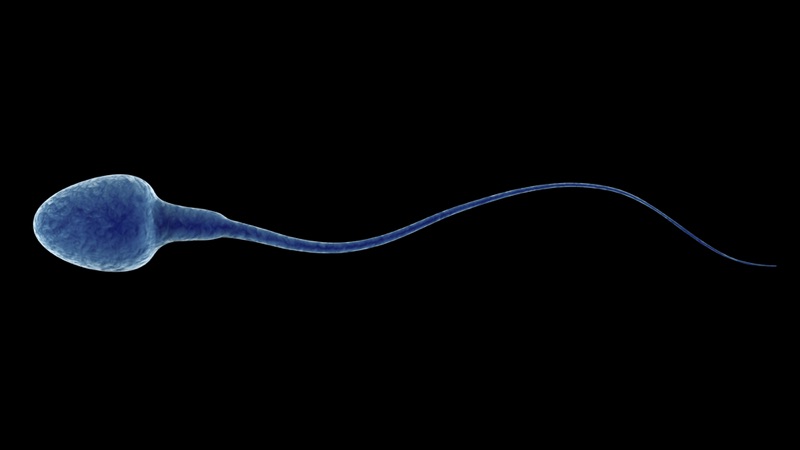 When you get a spermiogram done, which includes an assessment of the sperm’s ability to swim, mobility is graded into a number of levels. The higher the grade, the straighter and more powerfully they swim in the direction of an egg. The lower the grade, the more directionally challenged and weaker they appear. Imagine walking with two left feet or crossing a room while wearing a blindfold. That pretty much summarizes the situation but, remember, directionally challenged or slow does not necessarily equate to lower quality or incapability. Long periods of abstinence may contribute to a higher sperm count, for example, but it can also contribute to a loss in motility.[3][4]

So, if you are visiting the fertility clinic now for this particular reason, remember to thank the lab technicians for giving your little sputtering buddies just the right push to get them settled where they ought.

Oddly enough, some sperm act as if they have been programmed for early death. So, if you and your partner are trying to conceive, the last thing you want to hear obviously is that a bunch of your healthy and fertile sperm appear to be committing what seems like some kind of cell-suicide. Technically, this behavior is called apoptosis and it is well known amongst researchers as a useful mechanism that prevents an inflammatory response during conception, but researchers still struggle to understand its interconnection with the maturation of sperm.[5]

Generally speaking, sperm have the easiest time penetrating cervical mucus at mid-cycle but, even then, it takes the fastest and most well-composed ones to get the job done. You can imagine it like an entrance dress code. The ones wearing the finest coats composed of very particular proteins (like the HspA2 chaperone protein) gain entrance into the fallopian tube and a pass to enter the latest oocyte.[6] So, not that different from the cliché high society experience, hey? The successful ones usually move swiftly, aim forwards and dress for success? Okay, Dad.

Interestingly enough, biologists also see a dual use in understanding the protein makeup of sperm since this information can improve not only fertility treatment but aid in the development of male contraceptives, too.[7]