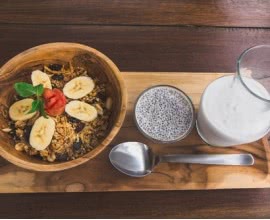 Are you about to or thinking about undergoing an IVF procedure, egg donation procedure or some combination of assisted reproduction, e.g., IVF with egg donation? Well, whichever boat you're in, it's never too early to start thinking about what you eat in regards to increasing and maintaining the health of future potential pregnancy.

It's no secret that a well balanced and healthy diet combined with exercise are the some of the key ingredients to maintaining a healthy body. The same credo applies to your fertility and over the years, nutritionists, scientists, researchers etc., have argued and claimed and defended that this or that food optimizes fertility. However, how do you weed out what's true, what's a trend and what's a misconception? Below are some commonly agreed upon foods that play a part in boosting one's fertility.

Flax seeds contain Omega 3 and 6, which have been known to help balance a person's hormones. Moreover, flax seeds are an easy ingredient to incorporate into your diet without much fuss - they can easily be added to a smoothie, your morning cereal or even oatmeal. [1]

Chia seeds also contain Omega 3 essential fatty acids (it has the highest content of Omega 3 in any plant-based source with 64% alpha linolenic acid!), which not only help balance hormones but increases blood flow to the uterus and male gentials.[2] In Mayan, the word "chia" literally means strength and this food can be traced  back to Central America over 2500 years ago, where it was an essential part of the Ancient Aztecs' diet.[3] 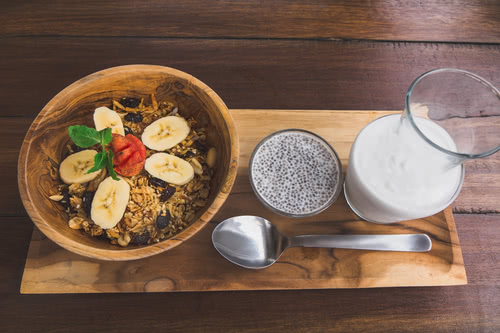 Due to menstruation, women deplete their icon reserves monthly and need to replenish. Studies imply that women who lack iron in their blood may suffer from poor or lack of ovulation and poor egg health, leading to it hindering pregnancy at a rate 60% higher than women with enough iron.[4]

In general, women should have an intake of 18mg of iron per day and this increases to 27mg when pregnant.[5] Having a low iron count during pregnancy can result in postpartum anemia, which drains your energy levels - something to be avoided when having to attend to the needs of a newborn.[6]

Some common iron-rich foods include liver, fish, lean beef and pork but if you're not a meat-eater, here are two non-meat alternatives: 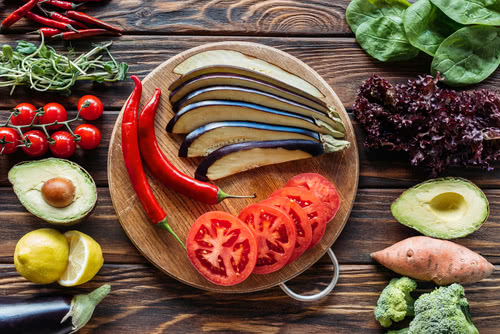 Hailed by many as one of the top fertility superfoods, maca is a root-like vegetable that grows only in the high Andes of Peru and Ecuador around 12,000 feet above sea level.[9]  It helps optimize fertility in both men and women by boosting the pituitary, adrenal and thyroid glands, all of which contribute to hormone balance.[10]

The use of maca to promote fertility and sexual virility goes back over two millennia, where Peruvians used maca both medicinally and as a part of their diet. For women, maca assists in controlling the production and balance of estrogen and progesterone - too much or too little can affect your chances of pregnancy.[11] In men, a recent study indicates that men who regularly incorporated maca into their diet saw an increase in libido, sperm count and sperm mobility.[12]